A look back at the year 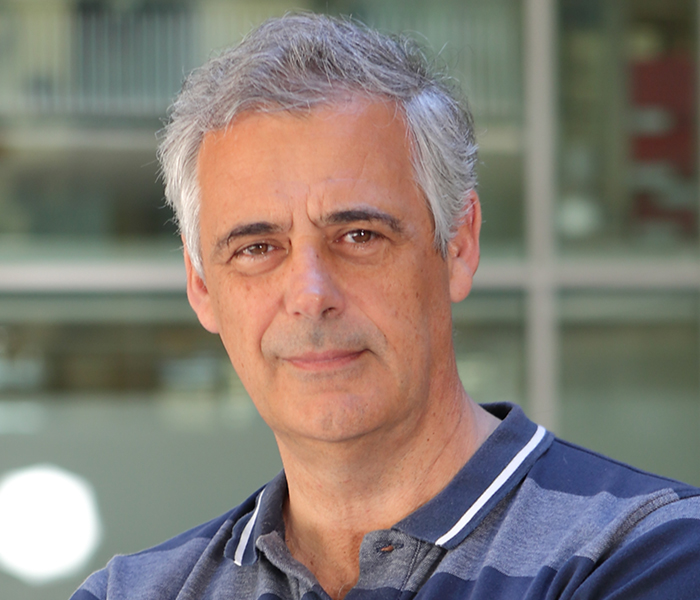 The CRG Annual Report for 2018 describes the progress made by the Institute in its strategic priorities and in the science, people and technological facilities that make the CRG a unique and vibrant place for innovation and new scientific discoveries.

We continued to advance in our strategic priorities, notably in coordinating the Alliance of the Severo Ochoa Centres and María de Maeztu Units (SOMMa) to influence Spanish science policy and to further the visibility of science in Spain, in triggering innovation through the creation of a new spin-off company, Sequera Labs, and in fostering a culture of open science with numerous public engagement and education activities. Last, but not least, we set up a new dedicated training centre that boasts fully-equipped bioinformatics facilities, where we hosted international students and instructors from every continent. At the core of our strategy lies excellent science fuelled by renowned scientists and supported by cutting-edge technology, as well as by dedicated and effective administration and support services.

SOMMa was officially launched in October 2017. In 2018, the alliance’s activities focused on influencing Spanish science policy to safeguard the competitiveness of Spanish science, promoting the visibility of centres and units of excellence, and reaching out to society through the organisation of the third edition of the 100xCiencia conference (Madrid, 15th November). In March 2018, the alliance presented the ”SOMMa Report: actions required to safeguard the competitiveness of science” document, which called upon politicians in Spain to remove the bureaucratic shackles that hamper the country’s research organisations and universities. The alliance has proven to be a very powerful tool in influencing science policy.

As part of our commitment to trigger innovation, we successfully launched a new spin-off company, Sequera Labs, to market the NextFlow Open Source Code software, support and services to ensure the reproducibility of data-intensive computation. Similarly, Microomics, a company incorporated at the end of 2017, offering microbiome consulting services, is developing successfully and is scheduled to reach break-even by mid-2019 thanks to the CRG’s continued support in 2018.

We continue to strive to develop a culture and practice of Open Science. CRG Open Access publications amount to almost 70% and we have undertaken a policy for research open data management with other research institutes in Catalonia. We are actively fostering multiple initiatives to engage citizens in our research: the second edition of the “Saca la lengua” citizen-science project and the development of a collaborative board game with the results of this project, and the H2020 ORION Open Science project, including the launch of the new citizen science project GENIGMA. Gender equality is another key initiative. We have implemented a gender equality plan in partnership with the EU LIBRA project coordinated by the CRG. As a result, in the last three processes for the recruitment of junior Group Leaders, three out of the five Group Leaders attracted to the CRG are excellent women scientists.

This year, we are proud to say that CRG researchers have made important findings to further the concept of integrative biology, elucidating important genetic and cellular mechanisms underlining cellular reprogramming, embryonic stem cells and shedding light on the origins of vertebrate gene regulation. Some of the most significant advances are described in the Scientific Highlights section of this report. The CRG participates in several international collaborative projects, including the LifeTime Initiative (Marti-Renom, Heyn, Di Croce, Bertero, Lligadas). LifeTime is a partnership including a multidisciplinary consortium, distributed over 18 European countries, aiming to revolutionise healthcare by understanding and predicting how cells change as they age and progress towards disease. We also received funding from the Chan Zuckerberg Initiative to participate in the Human Cell Atlas (Heyn) and the prestigious ERC Synergy grant with €8.3 M to shed light on the origin and progression of leukaemia (‘BCLLAtlas’) under the leadership of Gut and Heyn and in collaboration with IDIBAPS. Other projects led by CRG scientists include a European interdisciplinary training network led by Di Croce to investigate how the genome is organised over time and its relationship with health and disease (‘ChromDesign’); and two ERC Proof of Concept grants to explore potential clinical applications of their recent results on breast cancer and pneumonia, respectively (Beato and Serrano).  It is also important to mention that a EU project coordinated by CRG, MycoSynVac, was short-listed with another 19 projects to be presented to the European Parliament. The CRG is co-hosting and developing the European Genome Phenome Archive (EGA) together with the European Bioinformatics Institute (EMBL-EBI). In 2018, the EGA established itself as a central repository for secure preservation and sharing of human genomics and phenotypic data, participating in several European-funded projects, notably in the European Open Science Cloud and several partnerships with Canada, and in the Global Alliance for Genomics and Health as driver project.

Our faculty is truly international and highly multidisciplinary. In 2018, we welcomed three new Group Leaders: two junior Group Leaders, Eva Novoa, from the Garvan Institute of Medical Research in Sydney, Australia, working on gene regulation, and Donate Weghorn, from the Harvard Medical School, in the USA, focusing on cancer evolution; the senior Group Leader Jorge Ferrer from the Imperial College London, in UK, studying human diabetes. On the other hand, our best farewell wishes go to junior Group Leaders Stephan Ossowski and Eulàlia Martí, who have moved on to new positions as Group Leader at the University of Tübingen and Associate Professor at the Universitat de Barcelona, respectively.

The CRG’s technological facilities are instrumental in serving our own scientists and the local and international scientific community, as well as in developing new methods and protocols. In 2018, the CRG-UPF Proteomics Unit was acknowledged as a new node of the Spanish Singular Research and Technological Infrastructure ‘IOT’, also comprised of the CNAG-CRG (Centro Nacional de Análisis Genómico) and the COS (Centre for Omics Sciences) in Reus. This infrastructure aims to become a technology hub for OMICS integrated analysis.

This year, significant efforts were made by the Direction and the Administration in actions geared towards improving and contending with the changing and growing regulatory framework in science, as well as with an uncertain and complex political context and the associated budget limitations. We make every effort to secure an adequate framework for public research institutes with specific regulations for science and progressively increasing budgets to support the ever-accelerating speed of our scientific environment.

2019 is already shaping up as a challenging but very promising year with exciting scientific discoveries, new faces, disruptive technologies and achievements for the CRG community and beyond. The CRG continues to be a unique and vibrant place.