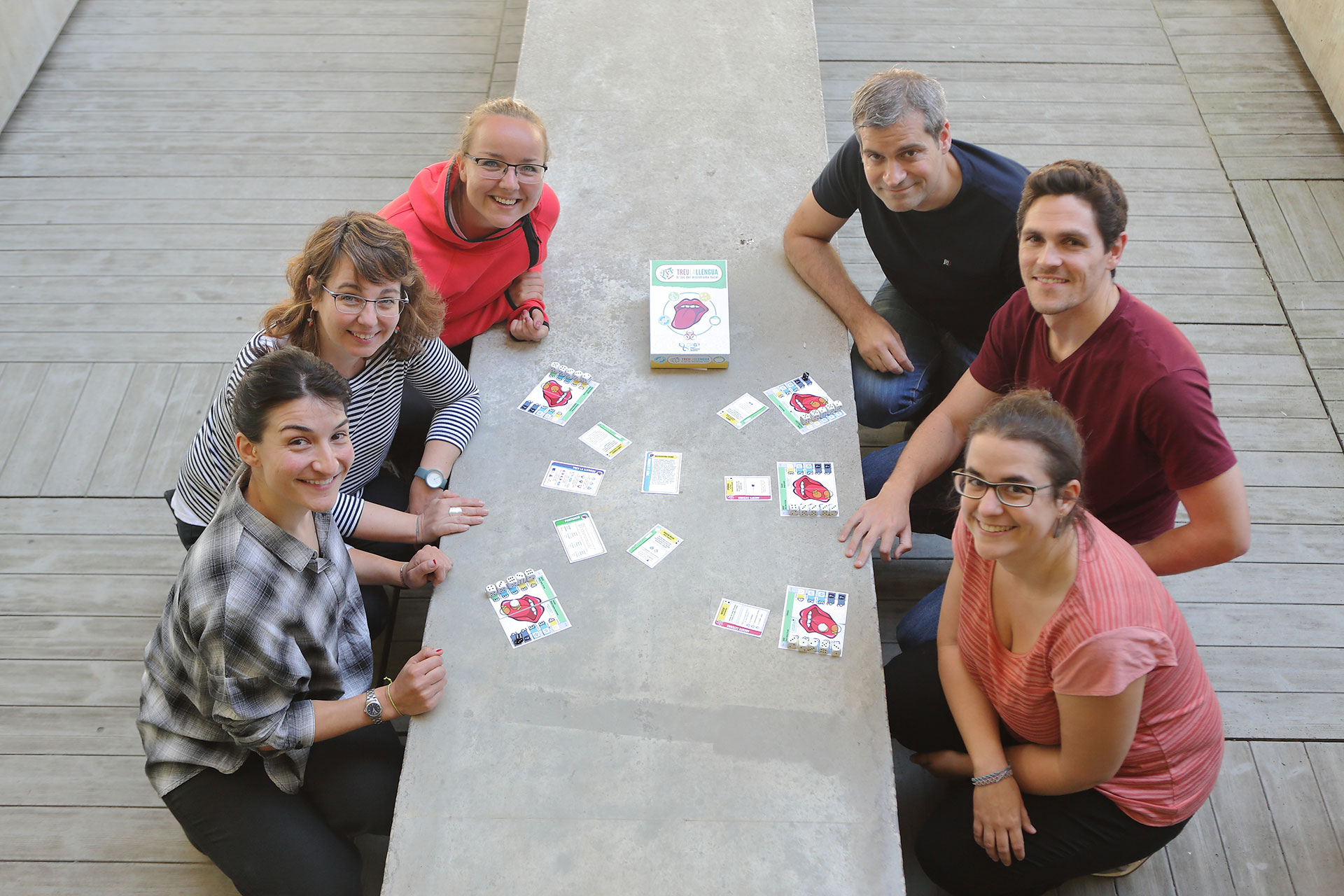 There’s more to your body than human cells. Each of us is home to trillions of bacteria, fungi and other microscopic organisms from more than 10,000 different species, collectively known as the ‘microbiome’, which grow in every possible location from the smooth expanses of our skin to the stinky, dark tube of the gut.

The microbiome is one of the hottest topics in biology right now, with researchers all over the world racing to understand the connections between the different populations of bacteria living within an individual person’s body and their health. So when Toni Gabaldón and his team in the Comparative Genomics Group at the CRG sat down to devise an exciting national citizen science project for teenagers, collecting and analysing samples of bacteria from high school students across Spain seemed like a perfect plan.

Rather than asking teenagers to collect samples of fresh faeces or skin scrapings, Gabaldón’s team hit upon the idea of analysing saliva, in order to build up a picture of the range of bacteria in the mouth. Very few researchers have studied the oral microbiome, offering the potential for revealing scientifically important new results, and so Saca La Lengua (‘Stick Out Your Tongue’) was born.

“This was an unorthodox way to do a research project, but we wanted to find something that would combine genomics, bioinformatics and public engagement as well as answering scientifically interesting and clinically relevant questions,” Gabaldón explains. “Saliva samples are easy to collect and there is almost nothing known about the adolescent oral microbiome, so we saw a good niche.”

The Saca La Lengua team hired a van, plastered it with brightly coloured bacteria-shaped stickers and set off on a three-month journey round Spain’s high schools (even sleeping in the van some nights), delivering talks about genomic research, bioinformatics and scientific careers.

Most importantly, the researchers worked with the students to gather around 2,000 plastic tubes full of spit, teaching them how to spin the tubes in a centrifuge to collect the bacteria and keeping the bugs in cold storage until they could be sent back to the CRG for DNA extraction, sequencing and analysis.

As well as donating their saliva for science, the students were also asked to help develop the other part of the project – for exempla, in a questionnaire asking about diet, lifestyle and health – to find out if any of these factors had an influence on the types of bacteria living in their mouths.

“Of course, these were teenagers, so they had their own ideas about what was important to them. For example, they wanted to know if having a tongue piercing had an effect on their microbiome,” says Gabaldón.

Back at the CRG, the researchers used a technique called ‘barcoding’ to identify the various families of microbes that were present in each saliva sample, focusing on the sequence of one single gene that is found in all types of bacteria. Overall, 1,555 of the samples were of high enough quality, to give a good result, providing a readout of the relative levels of hundreds of different groups of bacteria in each person’s mouth.

Next, Gabaldón and his team cross-referenced these profiles against the data they had gathered from the student questionnaires and more general information about the populations in different parts of Spain. While they didn’t find any significant differences between the oral microbiomes of teenagers living in cities compared with more rural areas, there were some intriguing correlations: for example, students with a kissing partner tended to have a larger number of bacterial species in their mouths, while people who used a lot of mouthwash tended to have a larger proportion of ‘bad’ bacteria. They also noticed that the microbiomes of teachers were very different from their students, which probably reflects differences in eating and drinking habits – teens eat more sweets, chew gum and drink soft drinks while their teachers prefer coffee and alcohol.

Taking a step back, the researchers spotted a bigger pattern emerging from their data. They noticed that the collections of bacteria fell into two distinct groups, analogous to two different types of ‘ecosystem’ in the mouth. More intriguingly, some bacterial groups showed geographical distributions that seemed to follow a map of Spain’s various water systems, which are the source for the nation’s tap water and contain different mixtures of salts and metals.

Could the chemical components of local tap water be having an effect on the types of bacteria growing in each student’s mouth?

“We looked at the databases of water composition across Spain and found that the composition of tap water was one of the strongest links to the makeup of the oral microbiome,” Gabaldón explains. “This makes a lot of sense – we drink water all the time, we cook with it and brush our teeth with it. Certain types of bacteria grow differently in response to particular salts, so it seems likely that tap water could have a long-term effect on the microbiome.”

The team published the results from their initial study in the journal Microbiome and expanded the project into a second phase. Moving beyond teens, the researchers gathered saliva from another 2,000 people of all ages from the general public and worked with patient groups to include samples from people with certain health conditions such as cystic fibrosis, Down syndrome and coeliac disease.

Not only are there potential public benefits from understanding more about the microbes in our mouths and how they affect our health, these simple tubes of saliva have had a big impact on the researchers involved in the project too.

“It changed many things for me,” Gabaldón says. “As a scientist, you are used to seeing things from one perspective, which is influenced by all the things you have learned before and all your ideas, but listening from the outside to what someone thinks – all the questions they have without any background – really opens your mind.

“These are the things that people are interested in and care about. Everyone worked extra hours on this project, from the PhD students to the technicians, but we are all so happy because it gives a greater purpose to our day by day work.”