The mission of the CRG Communications is to promote and protect the CRG’s reputation for excellence. We do this by developing and implementing clear, consistent and engaging strategies to enhance public understanding of our science and our institute, its researchers and its value to society.

In 2018, the citizen science project ‘Stick Out Your Tongue’, funded mainly by the “la Caixa” Bank Foundation and the CRG, continued to advance. The project studies the mouth microbiome and the genetic footprint of different microbiomal communities, exploring a possible relationship with environmental characteristics or lifestyle. Scientifically speaking, the project focuses on DNA extraction, sequencing and analysing the saliva samples collected during the national tour in 2017. From the standpoint of citizen participation and citizen engagement, several innovative activities were developed. One main pillar was feedback to participants. This was achieved through a new re-designed website with an extensive multimedia section which includes pictures and videos of the project’s progress; contents shared through 3 different social networks; follow-up of the processing of saliva samples through interviews with people at different core facilities and labs published on the website and disseminated through the social media; and direct feedback to participants by sending them the results of the first edition of the project. Moreover, the project yielded a very special product: the microbiome board game. Thanks to co-creation events, the game was designed collaboratively and was tested at some 30 playtest sessions with different target audiences. The game was also presented at different massive science-related events, such as the City Science Festival, the PRBB Open Day, Researchers’ Night, Science Week, etc. Thanks to a collaboration with the Ministry of Education of the Catalan Government, physical production of the game had begun by the end of the year, and it will be ready during the first half of 2019.

A new project saw the light during the year within the realm of citizen science, namely ‘Genigma’, funded within the framework of the H2020 project ORION, coordinated by the CRG. ORION’s main topic is open science and it explores the ways in which research and funding organisations in life sciences and biomedicine can open up the way they fund, organise and engage in research. ‘Genigma’ will be a video game co-created with citizens to assemble genomes in 3D through crowdsourcing. The aim is to discover genomic alterations in cancer cells while playing the game. Thanks to the data produced by the gamers, the project will build reference maps that will make it possible to understand which parts of the human genome play a fundamental role in triggering and developing cancer.

Within the framework of the ORION project, we started to develop a co-creation experiment called Public Dialogue. The purpose is to open up the CRG’s research strategy to explore how to incorporate the views and ideas of civil society and different stakeholders, such as funding agencies, policy-makers and industry partners, in order to elaborate the future research strategy for the 2022-2026 period. Through this exercise, the CRG intends to develop mechanisms that embrace public and stakeholder engagement in research and its impacts and to promote a cultural shift towards open science in the CRG research community.

Throughout the year, the CRG continued to offer public engagement and science education activities, although some initiatives merit particular mention. The collaboration with the new pilot education project with mSchools, entitled ‘The Complexity of Life’, continued. It consists of a set of materials and resources to introduce students to the field of life sciences through mobile technologies. mSchools is a multi-faceted mEducation programme of the Mobile World Capital Barcelona in partnership with the Government of Catalonia, the Barcelona City Council and GSMA, empowering students and teachers to integrate mobile technologies into the classroom, opening up new ways of teaching and learning that improve achievement and employability. After the pilot phase, the project will be officially presented during the 2019 edition of YoMo Barcelona: Youth Mobile Festival, at the end of February. A new Instagram account was launched during the year. @dailylabjournal targets young students in order to spark their curiosity for science. The aim is to showcase CRG science and daily life at our institute from a different point of view, making it appealing to young people. The participation of different areas of the Institute in ESOF 2018 is another noteworthy aspect. ESOF is the largest international interdisciplinary science meeting in Europe, bringing together over 4,000 participants, more than 40% of whom are students and young researchers. The CRG contributed with talks and panels about different topics, such as open science, gender inclusiveness, career development and transferrable skills and responsible science communications.

Attention should also be drawn to science education activities related to gender in research and the promotion of STEAM careers among young students, particularly among girls. Together with the Gender Balance Committee at the CRG and the Bioinformatics and Genomics programme, a specific bioinformatics hands-on workshop was designed and held several times in the course of the year. The ‘Design your own algorithm – Ada Lovelace Course to decipher the information contained in molecules’ workshop targets secondary school students to help them to discover computational biology and programming and aims to empower girls in STEAM. CRG scientists also participated in the major international event GreenLight for Girls (G4G), a one-day event dedicated to inspiring girls of all ages and backgrounds to pursue STEAM subjects by introducing them to the world of science in fun and exciting ways.

Communications also contribute to SOMMa, the alliance of Severo Ochoa Centres and María de Maeztu Units to promote Spanish Excellence in research and to enhance its social impact at home and abroad. Throughout the year, all the initiatives held are designed to further the promotion, visibility and outreach of this alliance, such as the public presentation of the alliance and the 1st Position Paper at the Spanish Ministry in Madrid in March, and the 100xCIENCIA.3: Bridging Science and Society meeting, which brought scientists, politicians, journalists and civil society representatives together to facilitate an open debate about different aspects as to how and why science is important for society.

CRG scientists were also deeply engaged in media activities throughout the year in connection with the new findings published in high-profile journals and institutional and outreach activities that yield articles in written and online media, as well as the participation of scientists in radio or TV programmes. Our news hit the media 2,197 times, reaching an audience of more than 850K people, with an economic value surpassing 11 MEUR.

2018 was also a busy year in terms of the organisation of seminars, sessions and scientific meetings, including the international scientific meetings “Barcelona NGS’18: Structural Variation & Population Genomics”, co-organised by the International Society for Computational Biology (ISCB); “The impact of genomics data on health: The role of the European Genome-phenome Archive (EGA)”; “C. elegans development, cell biology and gene expression”, co-organised with IDIBELL; the “17th CRG Symposium. Trends in biology: Cutting-edge techniques from genomes to organisms”; the BDebate meeting “Open Science: from values to practice. Building a roadmap for transformative change”, co-organised by CRG, UB, ISGlobal, IrsiCaixa AIDS Research Institute and UOC; the “Automated analysis of ageing in C. elegans and beyond. 2018 GENiE Workshop”; and the BDebate meeting “Clinical Proteomics: towards personalised medicine and health”, co-organised by ProteoRed-ISCIII and four major research institutes in Barcelona: IDIBELL, VHIO, PCB and CRG. 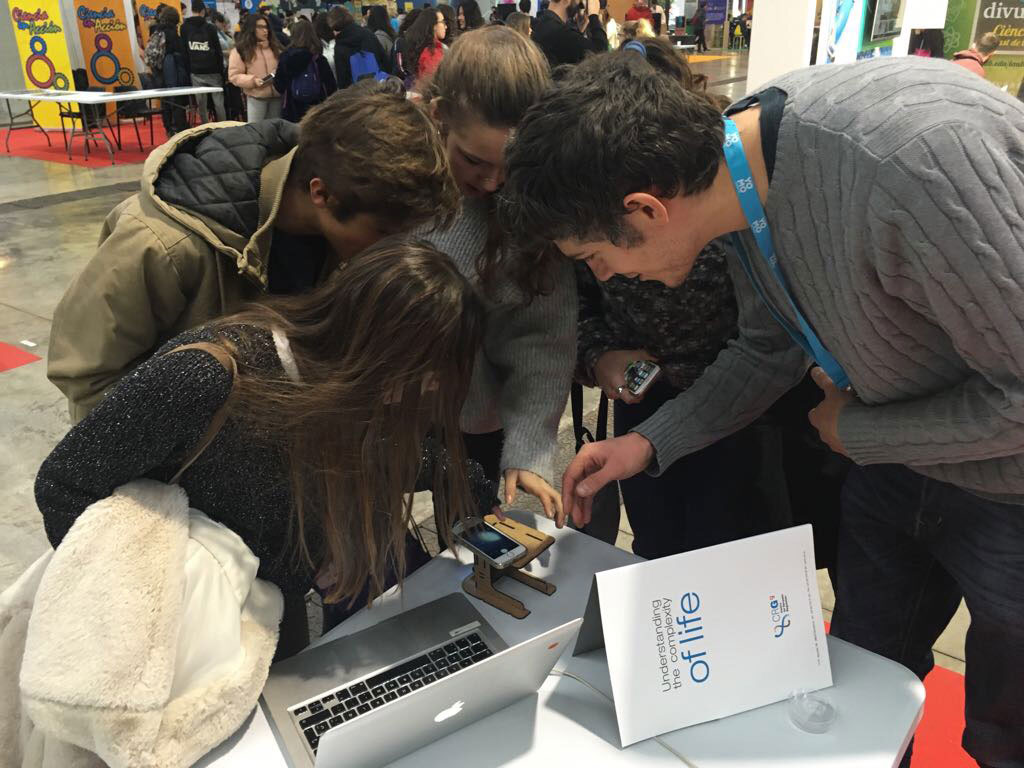 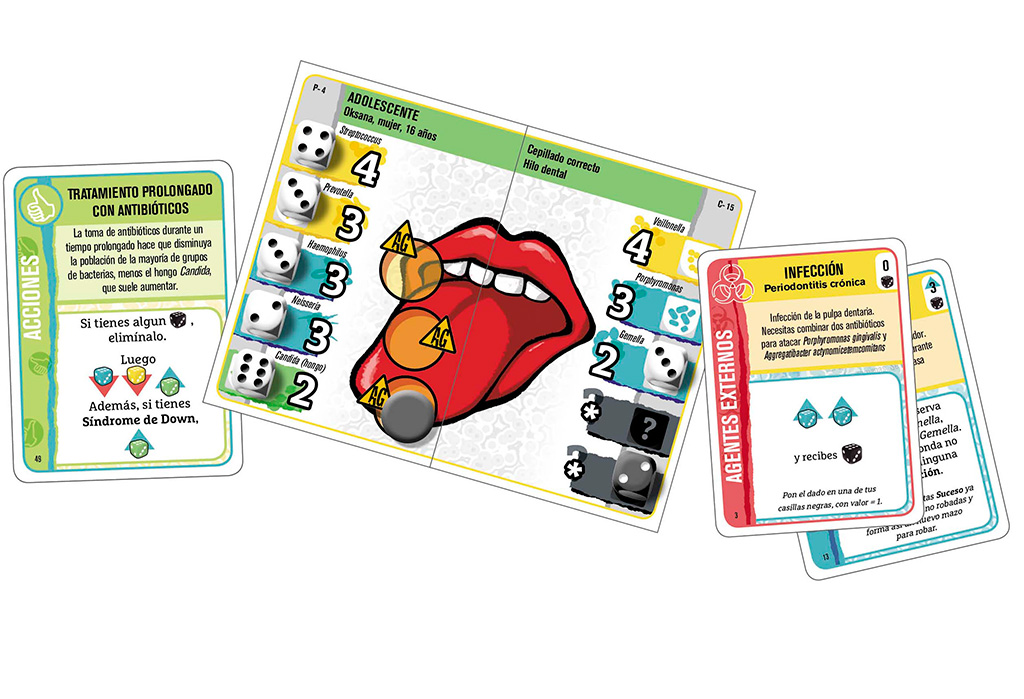