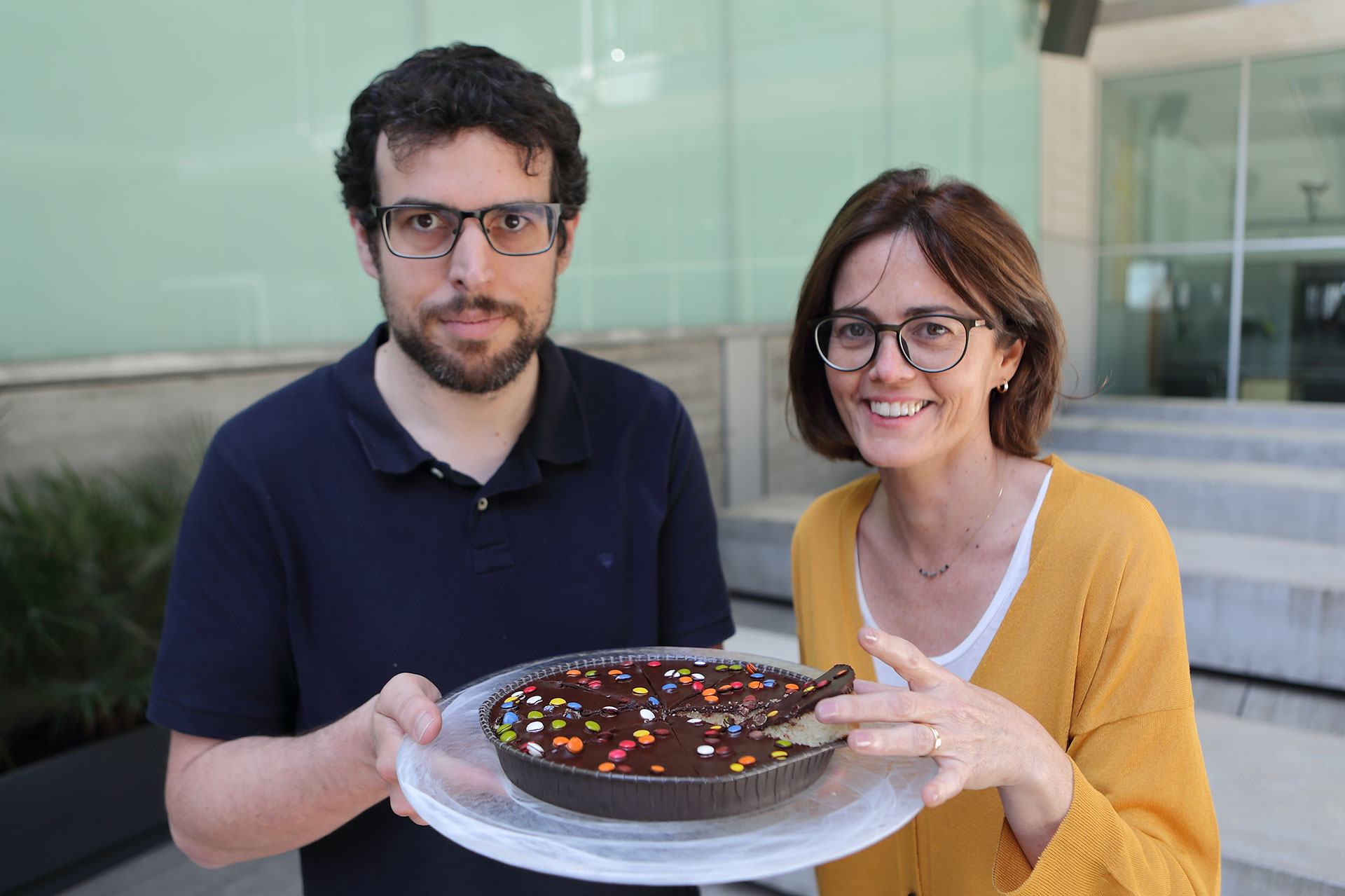 Separating the subtle molecular flavours in a biological mixture

Stroll down La Rambla – the bustling boulevard that runs through the centre of Barcelona – and you might spot Escribà, a 100-year-old pâtisserie famous for its weird and wonderful creations.

Taking a bite of a delicious cake might tell you some information about the main components – flour, sugar, cream, and perhaps a strong flavour of fruit or chocolate. But you probably wouldn’t be able to detect every single ingredient, especially the ones that are there in very small amounts.

Scientists have a similar challenge when trying to figure out the identities and proportions of all the thousands of components in a complex biological sample, such as blood or a tumour, which may contain thousands of different molecules.

One way to do this is with a technique called mass spectrometry, which identifies molecules according to their size. Firstly, all the components in the sample are heated up to the point where they turn into gas (vaporise), while capturing the electrical charges from the solvents. Finally, all the charged molecules are sent flying towards a detector that measures the size (mass) and charge of everything that hits it providing a detailed readout of the full ingredient list of a biological sample.

Mass spectrometry is quickly turning into a powerful tool for biomedical research, allowing researchers to precisely measure the levels of particular molecules in all sorts of cells and samples – for example, tracking the levels of certain proteins in the blood that act as an early warning sign of disease or reveal how well a patient is responding to treatment.

But there’s a problem: many of the most medically useful molecules are only present in extremely small amounts. They can be easily missed using the most common mass spectrometry technique (data dependent acquisition), which looks at data by sampling subsets of all the molecules in a mixture.

To go back to the example of the delicious cake, this is the equivalent of trying to work out all the flavours and ingredients by taking a couple of small bites rather than eating the whole thing. Not only is it hard to distinguish subtle flavours, there’s also a chance of completely missing chocolate chunks, crystals of caramel or bits of fruit, which aren’t evenly distributed.

When translated into patient samples, this means that it’s possible to look at different samples from the same patient and get a slightly different list of the molecular ‘ingredients’ each time.

One alternative is to use an approach called data independent acquisition (DIA), which gathers information about every single molecule in a sample – the equivalent of eating the whole cake. However, this generates a huge amount of data that can be difficult to analyse, meaning that very rare molecules may still be overlooked.

Two researchers in the CRG/UPF Proteomics Unit – Eva Borràs and Eduard Sabidó – have now solved this problem with a new method called DIA+, which they describe in a paper in the journal Analytical Chemistry.

The key breakthrough came when they realised that they could take advantage from the fact that the mass spectrometer turns each molecule into two versions, each with a different electrical charge (either 2+ or 3+). These are interpreted as two separate chemicals, meaning that rare molecules appear to be even more scarce than they really are.

Simply combining the data from both the 2+ and 3+ versions of the same molecule together concentrates the ‘flavour’, boosting the signal to the point where it’s possible to detect very low levels of rare chemicals in a reliable and repeatable way.

“Everybody in the field has this problem and most people are trying to solve it by improving the technology,” Borràs says. “Instead, we decided to think differently, revisiting current methods and developing a new way to operate the mass spectrometer by measuring these particles together.”

“The information is out there – every chemist knows these two things are the same, but nobody put them together,” adds Sabidó. “It seems so obvious, but nobody had thought of doing it before.”

He and his team are now working together with doctors in hospitals in Madrid and Barcelona to analyse samples from patients who have been treated for breast cancer and other diseases. They’re hoping to find molecules in the blood that might indicate how well each patient is likely to respond to a particular treatment or flag up early warning signs that the cancer is coming back.

“The impact of mass spectrometry in biomedicine is huge,” Sabidó says. “DIA allows us to look at all the proteins that are present in a sample in a consistent and reliable way, which is vital in clinical applications.”

“When we started presenting our method at conferences people said it was very elegant, which was nice to hear,” Borràs adds. “It isn’t complicated and it’s easy to apply, so we hope that it will be taken up by many researchers working in this field.”